Learn Real French Now follows the directives of the Common European Framework of Reference for Languages (CEFRL) to develop courses, progress, and define the language level of learners.
The CEFRL is an essential tool for the teaching of foreign languages. It describes methods of learning, teaching, and assessing languages, and  also provides a foreign language proficiency scale.
Foreign language proficiency is measured on a six level scale from A1, for beginners, up to C2, for those who master the language. The framework and its six level scale of progression is a widely accepted standard not only in Europe but also increasingly worldwide.
The six levels of proficiency in foreign languages are defined below by the CEFRL.

Below is the CEFRL description of what a learner is supposed to be capable of at each level of progression. 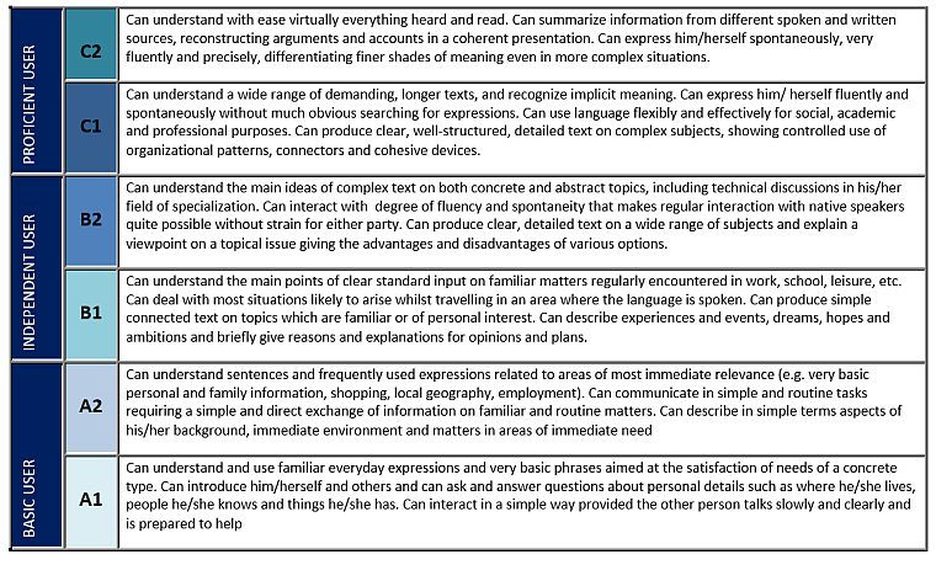